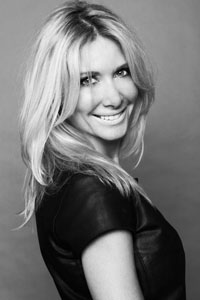 Happy New Year! I hope you had a fantastic time and that this years resolution to go to the gym EVERY day in 2013 won’t wane by the third week in January.

This newsletter is based on skin texture and I’m offering a course of Fraxel treatments half price (see later).

You can be “Botoxed” and “filled” but if your skin is dull, patchy and lined you’re not going to look your most youthful. We continue to be force-fed the mantra that slapping on moisturisers is going to replace that “vital lost moisture”.

Moisturisers will give you a temporarily hydrated appearance. However, they neither penetrate to a depth needed to stimulate collagen production nor do they contain sufficient quantities of the active ingredient (prescription strength Vitamin A) in order to do so.

Dry, dull skin is skin that is not functioning or turning over properly. Moisturisers give a false sense of security,” glueing” a layer of sloughed skin cells together, promoting sluggishness and creating a vicious circle of increasing reliance.

Skin glows when it is functioning properly.

Tretinoin (prescription strength Vitamin A) combined with Obagi’s blender is absorbed deeply and reverses fine lines and wrinkles. It makes the epidermis (the visible layer of skin) thicker, though the skin actually looks finer.

You can pick and choose just a few products from the ranges, minimising time and cost.

You can minimise the initial side effects by starting gradually or you can achieve great skin quickly by being more aggressive and accepting side effects (e.g. red, dry, flaky skin). Either way you’ll get there eventually!! 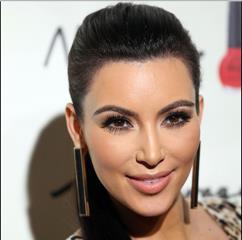 Talking recently on the Oprah Winfrey show, Kim revealed that the secret to her flawless peachy complexion is regular Fraxel treatments. She said “I’m like girls, you should go get a fraxel laser on your face. I’m really open about telling all my friends and my sisters what the best treatments are”.

Fraxel is a fractional resurfacing laser, used on the face, decollete and backs of hands.It delivers “pinpricks” of laser energy into the skin but leaves a network of undamaged skin in-between.

It is credited with doing everything from removing pigmentation to boosting collagen and plumping the skin.

Fraxel is effective on:

Fine lines and wrinkles, Surface scarring such as the effects of acne, Pigmentation or “age spots”

It is the first and the gold standard of pixelated lasers.It is a computerised treatment delivering microscopic columns of energy to a depth and intensity set by the operator (me)!

Downtime is minimal that’s because about a quarter of the skin’s surface is treated at each session, healing is rapid (2 to 4 days of pinkness). We call it “Friday Fraxel” treat on Friday, back to work on Monday!

Unlike acid peels you don’t need to treat the whole face. You could for example focus on the eye area, or just the cheeks. This makes it more economical.

I use strong anaesthetic cream for an hour beforehand so the treatment is only mildly uncomfortable. A full face takes 15 minutes to treat.

How often do I need to repeat the treatment?

You will need 4 treatments at 2-4 weekly intervals.

How much does it cost?

Full face £800 per treatment (pay the first two full price, get the next two free)

Half surface area of face e.g. cheeks only £400

Is any preparation needed before Fraxel treatment?

No skin preparation is needed.

Where can I have Fraxel Treatment?

Fraxel treatment can only be carried out at the Wimbledon Park clinic.

I look forward to seeing you at one of the St John Clinics again soon.

With all best wishes,